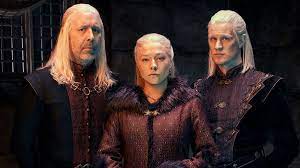 Fantasy writer George RR Martin is the co-creator of HBO’s new series, House of the Dragon , a prequel to Game of Thrones based on one of his books, Fire and Blood .

Martin’s novel is a fictionalized account of the history of House Targaryen , the family that ruled Westeros after Aegon the Conqueror and his dragonriding family established the Iron Throne as the epicenter of power.

In Martin’s accounts, the historians of Westeros use the day of Aegon’s coronation to establish calendar years, with events dated before the Conquest (BC) or after the Conquest (AC). its acronym in English).

The HBO series slightly modifies the timeline of the book on which it is based, which affects the age of the characters and the order of events that lead to the instability of the Targaryen government.

Here you can see a timeline detailing family relationships and how old the characters are throughout House of the Dragon .

Note: events marked with an asterisk (*) have been estimated based on the context of the series. 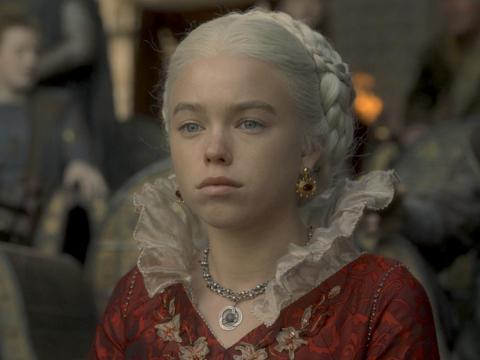 birth year Rhaenyra is 97 after the conquest and there is reason to believe the series sticks to this to reflect the character being 14 years old in the series’ first episode .

Rhaenyra is the only daughter of Aemma and Viserys who manages to survive pregnancy and childbirth. Her mother kept trying to conceive a male son, but in each of the pregnancies she suffered from miscarriages or stillbirths. 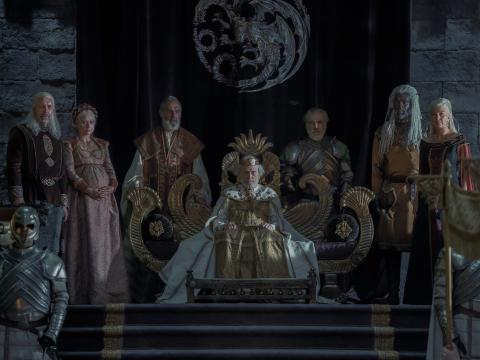 In the introduction to House of the Dragon , we hear Princess Rhaenyra—voiced by actress Emma D’Arcy —explain the events leading up to her parents’ rule of Westeros.

The princess recounts that King Jaehaerys has ruled for 60 years of peace, but his own sons, Aemon and Baelon , have died during tragic events, leaving the Iron Throne without a direct heir.

The 2 main candidates to succeed Jaehaerys on the Iron Throne were his grandsons, Viserys and Rhaenys. «Jaheherys summoned the Great Council to prevent a war from being waged for the throne , for she knew that the only thing that could bring down the house of the dragon was herself,» Rhaenyra’s voice indicates.

The council deliberated and, after holding a vote, chose Viserys (son of Baelon , a minor descendant of the King) as heir to the throne. 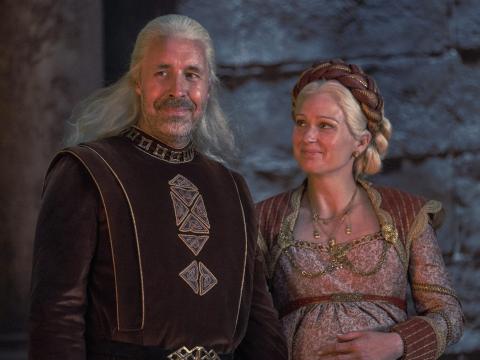 The series does not specify which child Aemma is pregnant with during the scene in which her husband Viserys is elected heir to the Iron Throne, but it is known that, when the plot advances a decade, she says that she has suffered 5 miscarriages in the past last 10 years . 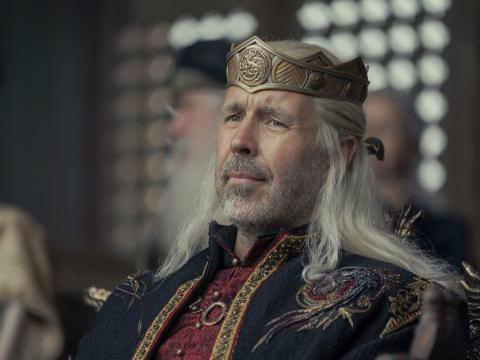 King Viserys is crowned and ascends the Iron Throne

In Fire and Blood King Jaehaerys dies in the year 103 AC (after the conquest), just 2 years after calling a council to choose the heir.

King Viserys is crowned and ascends the Iron Throne that same year. The pressure on him at the time is to conceive a new heir to the throne, given that his only descendant at the time is a 5-year-old girl.

*112 BC – Queen Aemma dies during childbirth and her baby, Baelon, dies that same day 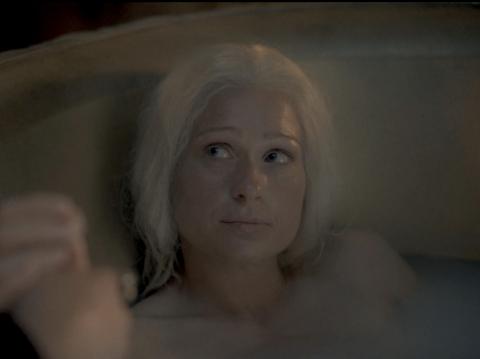 Aemma Targaryen in the premiere episode of ‘House of the Dragon’

Following the opening sequence of the first episode of House of the Dragon , the series shows that he has jumped back in time 9 years after the coronation of King Viserys. Therefore, Aemma’s death and Rhaenyra’s confirmation as Viserys’s heir take place around 112 after the conquest.

The stars of the series, Milly Alcock and Emily Carey (performers of Rhaenyra and Alicent, respectively), confirmed to Business Insider that their characters are 14 years old in the first episode of the series , so they were both born at the end of the first century. after the conquest. 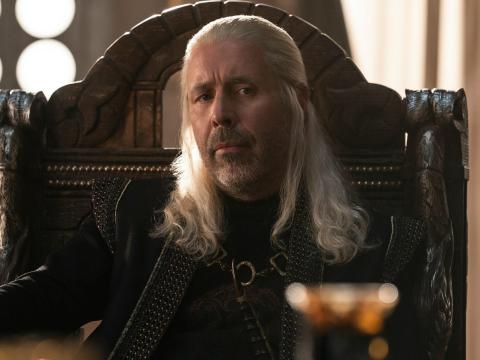 When Alicent is 14 or 15 years old, King Viserys chooses her as his second wife. The King’s Council had been pressuring Viserys to betroth his second cousin, daughter of Princess Rhaenys and Lord Corlys Velaryon . However, Laena Velaryon at that time is a 12-year-old girl who has not even started puberty.

Viserys decides that his daughter’s best friend—and the young woman who has kept him company as he mourns his wife’s death—is the best option.