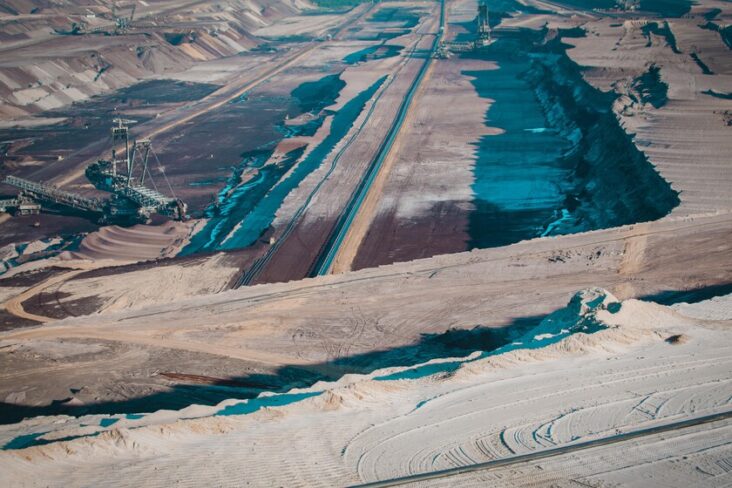 That excessive dependence on the supply chain is not a good idea is something that the pandemic has made us learn the old-fashioned way, with that of the bad letter. The theory is clear. The practice is another story. The technology sector remains closely linked to China in one of the most strategic, influential and sensitive links in its chain, that of «rare earths», the famous 17 elements Chemicals that, although they have little earth and even rare, are essential for the manufacture of turbines, electric cars or lasers. And that among a very long etcetera.

In the West it is something that is very present.

So much so that clear movements to alleviate this situation are already appreciated.

The Nordic sector pulls muscle. one of the last draft news in the rare earth mining sector arrived less than a month ago from the North Sea. lkaba Swedish state company and one of the European references in iron mining, took the step in early November to invest and achieve key weight in the Norwegian firm REEteC. Stated like this, it may seem like something minor, without significance, but the underlying objective does have it and the companies themselves openly admit it.

“LKAB plans to mine rare earth elements as a by-product of our iron ore mining. Together with REEtec, we will create the basis for a strong and sustainable Nordic value chain for rare earth metals”, explained LKAB President and CEO Jan Moström, when announcing the operation. The company claims to have developed «innovative technology» to separate rare earth elements and «compete with China’s dominant production.»

With an eye on Europe. The movement It is by no means limited to Scandinavia. Its horizon is much broader and focuses on Europe and the West as a whole. LKAB predicts that the demand for rare earth metals for use in electric cars and wind turbines will multiply by more than five by 2030, a not very encouraging outlook if one takes into account the extent to which Europe depends on imports and the dominant weight of China.

“Since Europe does not extract these materials and has marginal processing capacity, the collaboration of LKAB and REEtec marks the start of something new in Europe. The plan is for the first REEtec factory, in Herøya, to be ready by the second half of 2024, and for a second factory, scheduled for 2026, to be able to process LKAB material that will be available from 2027,” points out the Swedish company. REEtec has raised a total of 116 million euros to finance its first plant for the separation of rare earth elements. LKAB has decided to throw itself into the project with force, contributing close to 39 and also assuming a decisive weight as an investor.

What numbers do they handle? LKAB estimates that the first rare earth element separation factory at Herøya will produce 720 tonnes of neodymium and praseodymium, which would correspond, ensures, with about 5% of European demand. If the schedule that has been set is met, production would start in 2024, taking advantage of the technology developed since 2008. LKAB is also advancing an agreement with Vital Metals, in Canada, from where raw material will come for the first factory. The agreement, details the Swedish company, «will allow the volumes to be tripled.»

Canada’s footprint. Norway and Sweden are not the only countries in the West that want to have a say in rare earth mining. In 2021 Vital Metals started its production at the Nechalacho mine, in northern Canada, and in May took another step towards deliver their first concentrates. “Nechalacho hosts a world class resource of 94.7 Mt at 1.46% REO [Rare Earth Oxide]”, ditch the companywhich claims to be the first producer of rare earths in Canada and the second in North America —the other is Mountain Pass, in California— and advances that its objective is to produce a minimum of 5,000 tons of REO contained in Nechalacho already for 2025.

The Government is fully aware of the country’s potential and is determined to support it. The Executive led by Justin Trudeau, details The country, has budgeted 3,800 million dollars precisely to accompany its Critical Minerals Strategy, which includes valuable rare earths. In addition to the Nechalacho mine, there are other exploitation projects on the table spread across parts of the territory such as Saskatchewan, Quebec or Newfoundland and Labrador.

With an eye on Greenland… Relatively close to Canada, in Greenland, there is another important potential source of resources that has not gone unnoticed by the private sector either. recently the canadian Neo Performance Materials In fact, it reached an agreement to exploit one of its large deposits, that of Sarfartoq, in the southwest of the enormous island. In it there is neodymium and praseodymium, key elements for the magnets used in electric cars or turbines.

… And in the laboratories. Not all the efforts of the West go through searching for and exploiting deposits. Some focus on labs. Several weeks ago, researchers from the University of Cambridge, hand in hand with colleagues from Austria, published the discovery of a promising method that could allow us to manufacture high-performance magnets without using rare earths and, what is the same, providing an alternative way to lighten the Chinese dominance.

The key to their find is tetrataenite, an alloy of iron and nickel with a particular atomic structure and valuable properties. Under natural conditions, its formation lasts millions of years, but in Cambridge they have opened the door to a promising scenario: artificially achieving tetrataenite in the laboratory, at a reasonable cost, on a scale… and without having to wait millions of years.

A career with multiple actors. While Sweden, Norway and Canada are perhaps the most recent moves to establish a Western supply chain, a structure capable of lightening dependence on China after decades marked by industry relocation and outsourcing, they are by no means the only ones. in moving tab.

The European Union Y USA they have gone to work to reduce their dependence on the import of critical metals and key raw materials. “We have to avoid falling into the same trap and dependency that we fell into with oil and gas,” I reflected in September the president of the EC, Ursula von der Leyen, referring precisely to the origin of critical materials and rare earths. United Kingdom, Australia or Turkey have not stood still either. 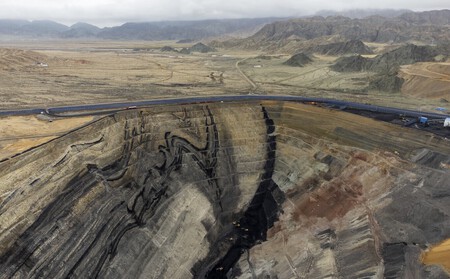 A process fraught with challenges. The goal is ambitious. The challenges that will have to be overcome along the way, too. One of the most complex is the fit between the exploitation of the deposits and the rejection that they can generate due to their impact. It has already happened in Greenland, where not long ago a consortium that included a Chinese state-owned company already looked with interest at a rare earth deposit located in the south of the island. Local opposition and fear of its environmental impact ended however blocking the project. The concern goes beyond the citizens: the authorities of the island, which is part of the Kingdom of Denmark, they worked a year ago in legislation to ban uranium mining and halt development of a rare earth mine, Kvanefjeld.

Control that goes beyond extraction. Another challenge is loosening China’s tight grip on the supply chain, in which it has a crushing weight: 60% in mining and 87% in processing. Your domain, remember quartz, implies that to reduce dependency it is not enough to extract more rare earths outside of China. A strong seller and buyer, the Asian giant is «present at every stage as both a monopoly and a monopsony,» says Andy Mok, «which makes it very difficult to penetrate the supply chain significantly.»

The attempt, yes, is crucial. What warned von der Leyen: “Of the 30 critical raw materials today, 10 are mostly sourced from China. And China basically controls the world’s processing industry. Almost 90% of the rare earths, 90% and 60% of the lithium are processed in China.”