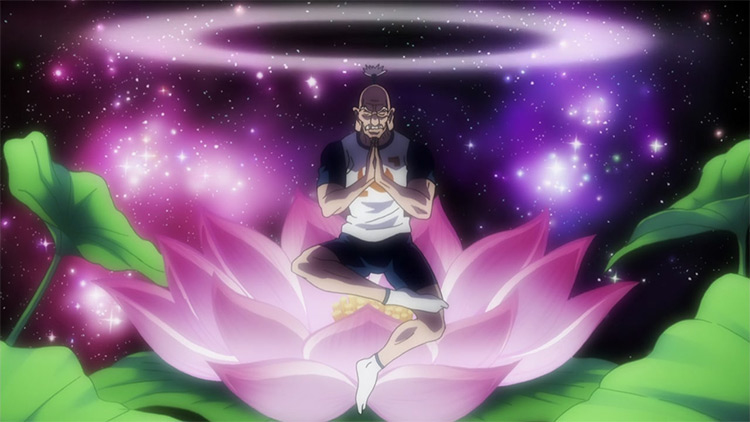 » Hunter x Hunter «, Yoshihiro Togashi’s best work , has one of the most popular manga and anime of the entire shounen scene – to the point of having its own video games -. Despite the fact that the author’s health problems have made the work barely advance for years, everything that has been seen so far is held in high esteem by viewers. Especially when, as a shounen, it has some of the best character development that we can find in the sector.

Thus, in view of the fact that there are many faces visited to date, we will then draw up a list of the most powerful characters that we have seen on television – not counting temporary transformations such as Gon’s adult or circumstantial increases in power such as Kurapika’s. -:

which are the best nen users in Hunter x Hunter ?.

The main antagonist, shown during the last animated arc, wields an unrivaled level of power. Although what makes this character more special is not his destructive capacity, the reality is that he ultimately manages to beat Isaac Netero. The combat between the two is certainly spectacular and Meruem shows why he stands among the highest of all his subjects. Without a doubt, if the anime ever resumes its broadcast, it will be difficult to imagine that another enemy of similar power will appear again.

Although he ends up needing to sacrifice himself in order to eliminate the threat that Meruem represented, during his final battle Isaac Netero demonstrates why he was at the head of all hunters. Netero unleashes all sorts of abilities that, had he not been his rival Meruem, would possibly have given him victory without resorting to the bomb implanted in his heart. In any case, it is certainly impossible to place anyone else at his height – beyond Meruem himself.

Gon’s father will certainly not enter a father of the year list, although despite not having seen him in action it is necessary to add him to the consideration of more powerful characters. Since the anime does not show us what it is capable of, we can only work on the basis that it is mentioned that it is one of the most powerful Nen users on the entire planet. In fact, it is even mentioned that he could be the most powerful hunter of all, something relevant enough to fear his combat capabilities even without having had a demonstration of these.

Despite his appearance, Neferpitou is quite possibly the most powerful member of the entire royal guard – as well as the one with the greatest ability to instill fear. While it is true that the moment that will be remembered for this character was when he fell prey to the fearsome power of Gon transformed, it is no less so that prior to that he demonstrated the ability to face practically any enemy – a great demonstration of this is the way he the one that ends up beating Kite -.

Another member of the royal guard, who as is well known, formed one of the most powerful sets of characters in «Hunter x Hunter». Despite the fact that Nerfepitou is considered the most powerful member of all a priori, it could be argued that Youpi is not too far away. At the end of the day, it was necessary the participation of various fighters, such as Killua or Knuckle – among others -, to be able to stop him permanently.

Placing Chrollo in terms of power levels is somewhat complicated, because despite the fact that we have some samples of his capabilities, his value is more in question than even that of the aforementioned Ging Freecs. However, there are two facts that make him appear on this list: being the leader of the Phantom Troupe and having survived the combined attack of possibly the two most powerful members of the Zoldyck – one of these even goes so far as to admit that, to fight Chrollo seriously, it would be difficult to determine if he could beat him.

Although Pouf is generally regarded as the weakest of Meruem’s royal guard, he is still one of the most powerful characters in «Hunter x Hunter.» Not only does he possess immense physical strength – like the other two members of the royal guard – but he also possesses incredible speed. Particularly noteworthy is its ability to be divided into hundreds of different parts, gradually reducing its size – which can end up with enormous advantages -.

One of the oldest members of the Zoldyck family, specialized in murder for multiple generations. Despite his advanced age, the reality is that Zeno Zoldyck is hardly affected in his combat capabilities, a fact that we can see during the confrontation with Chrollo. It may no longer be the face of the assassin family as such, but it is still – possibly – the most valuable asset in combat.

Silva Zoldyck appears in «Hunter x Hunter» as the current leader of the assassin family. It is for this reason that it would be fair to consider him also as the most powerful of them all, even ahead of the aforementioned Zeno Zoldyck. The few demonstrations of his power thus lead to believe, in addition to the comments of Killua, who constantly speaks of this possessed by fear.https://areajugones.sport.es/ads.txt?unblockia=true

Hisoka is one of the most interesting characters in «Hunter x Hunter», and also one whose potential seems to constantly fluctuate. Hisoka’s displays of power come in a thousand and one ways, such as simple displays of brute force or even cunning. It is difficult to define exactly where the limits of power of this character are, but what seems certain is that it is necessary for him to be part of this select group of fighters that we have prepared.