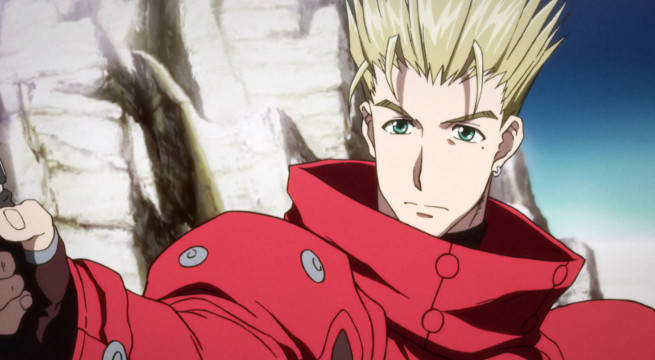 Apparently the news is finally close, since the popular and reliable leaker SPANKU (@Spanku_u) shared a leak ensuring that the Trigun manga will indeed have a new anime adaptation. Few details are known about it yet, but apparently the information is expected to be released » very soon «. In our 2020 leak we reported that the studio in charge would be Studio Orange , will that confirmation finally arrive?

Which Trigun anime character are you? – PrimPom

Nightow published the manga in Akita Shoten ‘s Monthly Shonen Captain magazine between May 1995 and February 1997. The publisher compiled the work into a total of three volumes. Subsequently, the author continued publication under the title Trigun Maximum in Shonengahosha ‘s Young King Ours magazine between December 1997 and May 2007, with a total of 14 published compilation volumes.

Which Anime Hero Return character are you ?

The work inspired a twenty-six-episode anime adaptation produced by Madhouse studios , under the direction of Satoshi Nishimura and scripts written by Yousuke Kuroda , released in April 1998. With a total of seventeen filler episodes, Trigun has a high percentage of 65 percent infill.

«Vash Stampede» is a man whose head has a price of 60 billion dollars. The reason, he is a ruthless villain who destroys everyone who opposes him and crushes entire cities for fun, earning the title of “The Human Hurricane”. He leaves a trail of death and destruction wherever he goes, and anyone can be practically left for dead if they just happen to make contact with him, or so the rumors say. In reality, Vash claims never to have killed and avoids violence at any cost.

With his crazy donut obsession and buffoonish attitude, Vash traverses the wastelands of the planet Gunsmoke, while being followed by two agents named Meryl Stryfe and Milly Thompson, who try to minimize his social impact. But soon, Vash’s misadventures evolve into life-or-death situations as a group of legendary assassins are summoned to bring suffering to the trio.