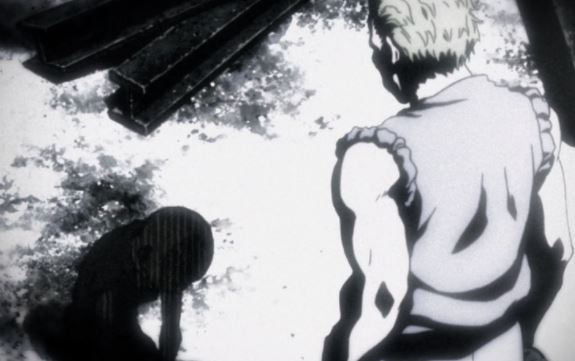 Hunter vs. Hunter was the second big hit in the career of Yoshihiro Togashi , who is also the creator of Yu Yu Hakusho . In publication since 1998, the story of Gon Freecss, Killua Zoldyck, Kurapika and Leorio Paradinight has already yielded two animes, but was never officially completed.

With no unpublished chapters since 2018 , Hunter vs. Hunter has spent more time on hiatus than in constant publication. Yoshihiro Togashi, the author of the manga, suffers from serious problems with his spine and, for that reason, he couldn’t work on the franchise with the same speed that other authors usually work.

Which is the most handsome Hunter x Hunter character? » Vote

Inevitably, many questions about the Hunter vs. Hunter universe remain unanswered. Below, Primpom has selected ten of the Unsolved mysteries in Hunter x Hunter.

1. Does Gon ever get to use Nen again?

In the current manga arc, Gon Freecss can no longer use Nen. He says this himself in one scene, in which he seems surprised that he can’t activate the aura. It may seem a little difficult to accept, but it makes sense.

After the battle with Neferpitou, as you already know, Gon almost died. Had it not been for Killua’s intervention, who used Alluka/Nanika’s powers to heal Gon, the protagonist of the story would have said goodbye to everyone much sooner.

There cannot be a miraculous healing power that comes without side effects. Huh? We can say that it was at the very least expected that Gon would suffer, in some way, despite being healed. Perhaps there is a solution to this problem on the Dark Continent.

2. WHAT WILL WE DISCOVER ON THE DARK CONTINENT?

Kurapika is at the heart of Kakin’s War of Succession, in which brothers kill brothers. However, this plot is only fleeting: the focus tends to shift when everyone present on the ship on which the dispute takes place arrives on the Dark Continent.

It’s hard not to ask what, after all, is out there. Nobody really knows what to expect. It will be a breakthrough for both characters and readers if the story ever gets to the point of actually revealing what will happen.

Will the origin of Alluka’s power be explained? Will we know some secret truth about Nen? Will we see a long-lost character? By the way, speaking of which…

3. WHY IS GYRO IMPORTANT?

The Hunter vs. Hunter manga made a point of showing that Gyro will be important to Gon’s life at some point, although there is no clue as to exactly how that will happen.

We’re talking about the man who founded NGL and didn’t let himself be controlled by the queen of the Chimera Ants, even after he himself became one.

Where is Gyro? When will he and Gon meet again? Is he already on the ship and we’ve seen him at some point in history?

4. WHAT ARE THE GING POWERS?

The rivalry between Ging and Pariston will likely lead to the ultimate showdown between the two Zodiacs. Both clearly cannot stand each other. There was even that scene where Pariston set up a whole situation to find out what Ging’s true powers were.

However, Ging knew how to get around the trap. Instead of revealing his true powers, he just copied abilities to confuse Pariston. And in case you’re wondering: no, copying isn’t all Ging knows how to do. So what is he hiding?

Unlike many other anime rivalries, Ging and Pariston aren’t great friends who just want to outdo each other. They can, yes, end up killing themselves. Even if he decides to use it, Pariston has a kind of army that he can use whenever he wants, it seems.

Although it’s hard to imagine Pariston being obeyed by so many creatures that can be even stronger than him, it’s a fact that the mysterious Zodiac still has five thousand pods of Chimera Ants, creatures that have proven to be extremely powerful. In other words, it is good that people are very careful with it.

Sure enough, Pariston has some plan for using the Chimera Ants. It remains to be seen if he will act against Ging taking advantage of the creatures or has some purpose greater than that. Coming from Pariston, we can expect anything.

6. HOW WILL ANYONE BE ABLE TO DEFEAT TSERRIEDNICH?

Many of Kakin’s princes are horrible people. Unfortunately, Kurapika is just chasing the most powerful and abominable of the brothers, who is able to alter the effects of time on his own body and thus see into the future, virtually avoiding any attack.

We know that Kurapika is reducing his own lifespan to get more power in Hunter vs. Hunter’s current arc. However, the situation is reaching a point where the boy could end up marking his own death much sooner than he should.

Even with so many powers, Kurapika doesn’t seem to have any skills available in his own arsenal to deal with Tserriednich’s absurd advantage. What exit is there for him? How to face an unattainable person?

The members of the Phantom Troupe want to kill Hisoka, who has already killed at least two members of the group (Kortopi and Shalnark). That’s what led them to the boat that also takes place in the War of Succession for the throne of Kakin. However, no one knows where Hisoka is.

There is even an order that the members of Genei Ryodan never walk alone, as Hisoka is extremely powerful and is not necessarily looking for a fair fight against all of them. The idea is to simply kill the entire group.

Surprisingly, Illumi, who even appeared to be Hisoka’s «friend» at times, is also there to kill him. Let’s see how the hell Hisoka can get rid of all these stalkers—if he ever will.

8. WILL WE SEE GON AND HISOKA FIGHT AGAIN ONE DAY?

You can even say that the fight between the two has already happened, but… Wasn’t that atmosphere of conclusion missing? Didn’t it look like Hisoka would be Gon’s archenemy? Someone he would fight to the death in the final chapter?

It’s true that Hunter vs. Hunter tries not to get caught up in what’s expected in a Shonen. However, Gon and Hisoka, for a long time, were the characters that everyone wanted to see facing each other in earnest.

The boy didn’t even reach a level of power (fixed, it doesn’t count what he did in the fight against Pitou) that could compare to Hisoka’s, so that fight when he was younger doesn’t seem like enough for us to think that that rivalry is over.

Even Hisoka himself can’t wait for Gon to grow up and reach all the potential he has to be able to face a really powerful person. Will it not happen?

9. WILL FUGETSU NEVER FIND OUT WHAT HAPPENED TO KACHO?

If there are three minimally charismatic princes in the War of Succession, those people are Fugetsu, Kacho, and Woble. Unfortunately, Kacho, who got along super well with Fugetsu, has already died, but her sister doesn’t know that. After all, Kacho was replaced by a beast from Nen.

However, the manga did not make it clear to what extent Nen’s creature can deceive a human being. Could it be that all of Kacho’s antics were really copied perfectly? Any memories? Difficultly. However, this problem should eventually disappear. Fugetsu will hardly survive the War of Succession.

Obviously, until the arc ends, we have no idea who will assume the throne of Kakin. It is difficult to imagine how the other princes will surpass Tserriednich, so we can assume that he is the main candidate. At the same time, he is unlikely to get along and simply spend the rest of his life as emperor. Kurapika will definitely do something about it (or die trying).