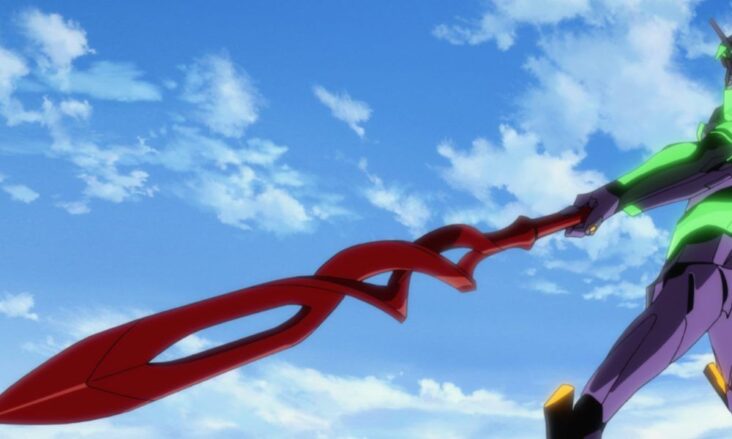 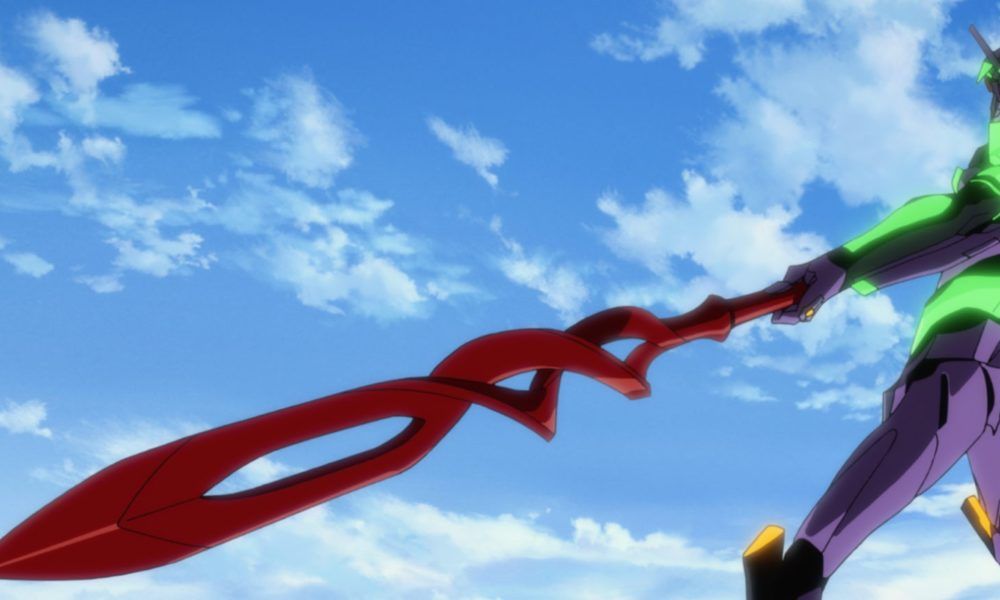 Through their social media, select vision updated the list of cinemas to Evangelion: 3.0+1.0: Thrice Upon A Time. As of today, the list has more than 130 rooms from all over Spain. In addition, the distributor has set up a Web page to see the billboard in real time and purchase tickets. This latest installment of the tetralogy of films by Rebuild of Evangelion will be released the next January 19 with dubbing both in Spanish What Catalan and in original version subtitled in spanish. 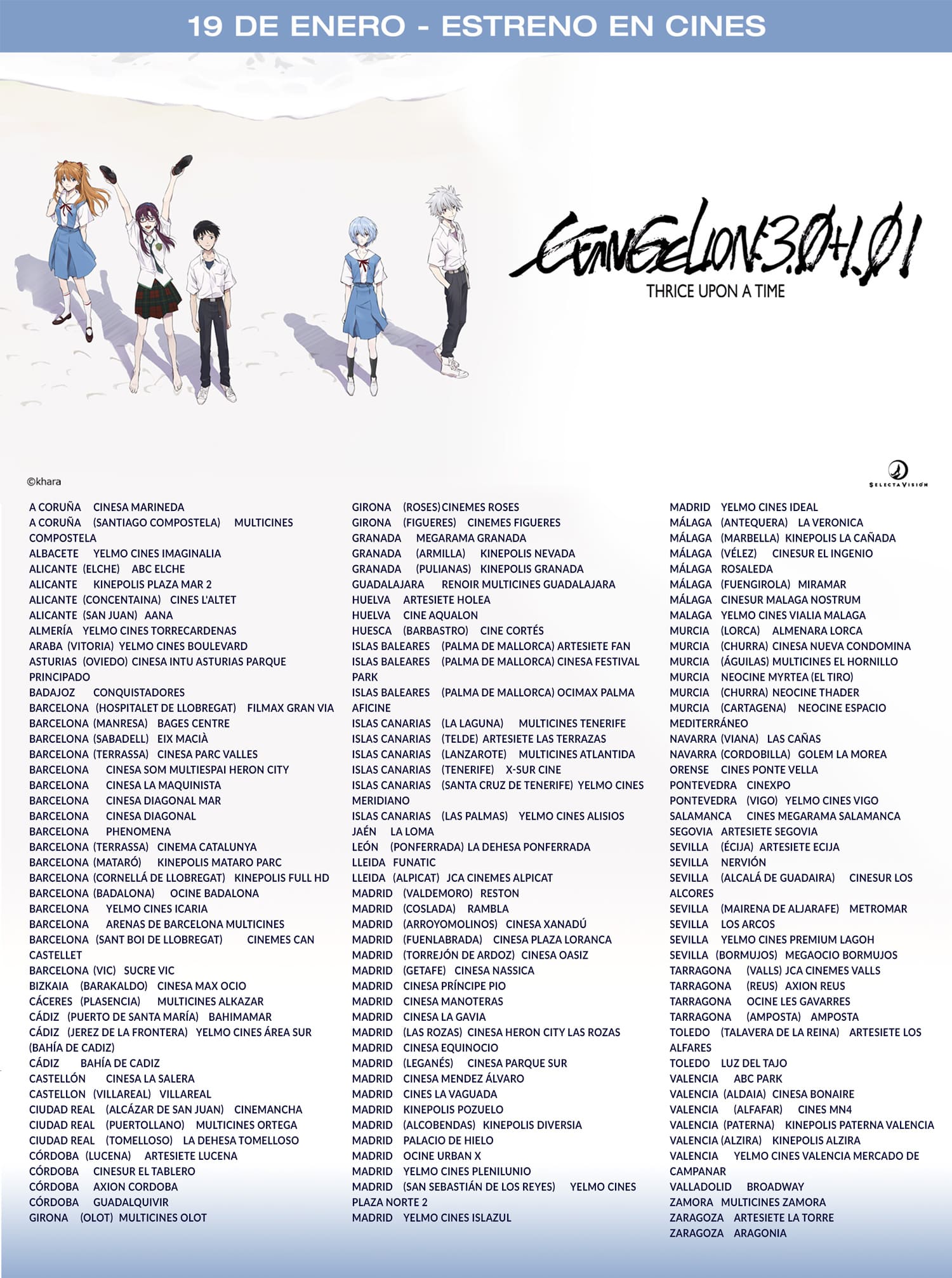 The film opened on March 8, 2021 in 466 theaters across Japan. On the first day, 36% more tickets were sold than during the first two weeks of the previous installment, making it the highest grossing film in IMAX during his first day. And in May 2021 he surpassed the 5 million of tickets sold in Japan. In total, since its premiere on March 8, the film has grossed 8,282,298,700 yen (more than 62.6 million euros). With these figures, the latest film in the franchise evangelion has become the highest grossing film by its director, Hideaki Anno. This record was held by Shin Godzilla (2016) with 8.25 billion yen (around 62 million euros). Therefore, it has also surpassed its predecessor, Evangelion: 3.0 You Can (Not) Redo, which got 5.3 million yen (40 thousand euros). Thus, the final delivery becomes, and by far, a the most successful movie of the series both nationally and internationally.

The animation of Evangelion 3.0+1.0 is in charge of Studio Khara with Hideaki Anno directing. The rest of the technical team is made up of Yusuke Matsui as CGI director, Manabu Kobayashi as CGI modeling director. masanori iwasato Y Ryouichi Nakama CGI animators. In the photographic section are Nanae Hirabayashi, Hiroaki Yabe Y Toyonori Yamada. On the other hand, it is Shuichi Iseki in the main animation, Kazuko Kikuchi as colorist and Tatsuya Kushida who works on the design of the backgrounds.

Fourth and final volume of The Reconstruction of Evangelion. Misato and his anti-NERV group, Wille, arrive in a Paris red from nucleation. The crew of the Wunder ship land on a containment tower with only 720 seconds to re-establish the city. When a horde of NERV Evas appear, the upgraded Eva Unit 8 must intercept them. Meanwhile, Shinji, Asuka, and Rei wander around Japan.

Rebuild of Evangelion is a tetralogy of films in which the story of the animated series is re-imagined and where a different ending is narrated from the one shown in the previous films and is made up of Evangelion: 1.0 You Are (Not) Alone (2007), Evangelion: 2.0 You Can (Not) Advance (2009) and Evangelion: 3.0 You Can (Not) Redo (2012) and the fourth and final installment, Evangelion: 3.0+1.0: Thrice Upon a Time (2021). In Spain, the three films had been released on DVD and Blu-ray by select vision. While in August 2021, Amazon Prime Video premiered the latest installment of rebuild in 240 countries excluding Japan along with the other 3 films in the tetralogy.