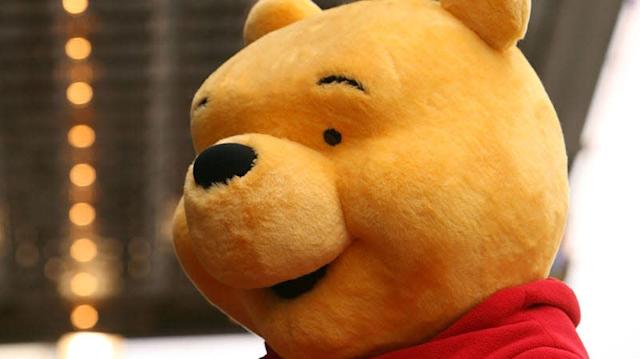 We review the origins of Winnie the Pooh in the work of AA Milne and his connection with Disney to the present day, where a B-series horror film based on the universe and characters of the books has emerged.

If during the last few days you have come across a diabolical version of Winnie the Pooh , no, you have not been wrong, it is not a meme, it is not an accident. The terrifying Winnie the Pooh is canon , it is a fact, it has become a reality, and we are here to explain in detail what all this is about.

Let’s start at the beginning: Winnie the Pooh is a 1926 book written by AA Milne . To learn a little more about its origin story, you can take a look at the 2017  film Goodbye, Christopher Robin .

The character of the Hundred Acre Wood achieved great fame in his time, conquering the daughters of Walt Disney and finally making Disney take over the image rights of Winnie the Pooh . But for the original work from 1926, more than 95 years have passed, which means that its intellectual property has now passed into the public domain.

Rhys Waterfield wasted no time, and within ten days he finished filming the first Winnie the Pooh horror film . In it, Pooh and Piglet become the villains after being abandoned by Christopher Robin . Now that they are without food, they have to learn to fend for themselves and have returned to their animal roots , explains the director .

This is how Winnie the Pooh: Blood and Honey was born , a version of Winnie the Pooh that flirts with B-series movies and aspires to be in the line of the comic and the macabre.

Of course, to make the horror film, Rhys Waterfield had to directly reference the work of AA Milne in order not to have problems with Disney. Although seen the first images, it is very clear that they do not come from the same study.

Which The Unbearable Weight of Massive Talent character are you ?