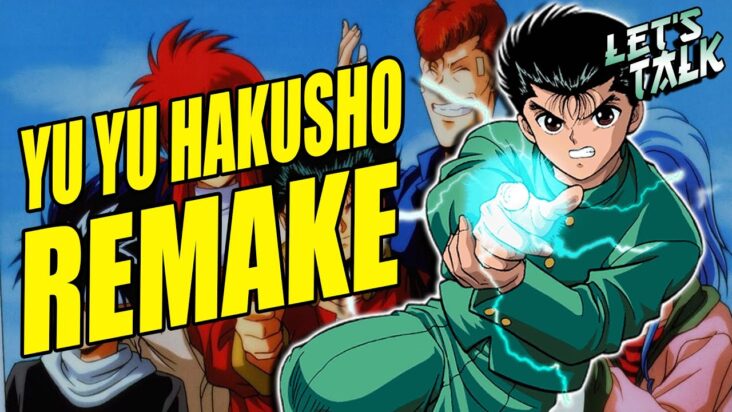 Is » Yu Yu Hakusho » one of the best shonen anime ever aired? I start: YES. Although today the name of Yoshihiro Togashi is more linked to » Hunter x Hunter «, especially as a result of the announced return of the manga , the truth is that the author has a finished story (yes, no joke) that marked time, this being that of the aforementioned story of Yusuke Urameshi. Well, tablecloth put, what if I told you there might be a slim chance of a remake being announced?

Before continuing I want to make it clear that this article is purely speculative , but seeing the number of classics ( for example «Urusei Yatsura» ) that have ended up coming back from the dead, raising the possibility for «Yu Yu Hakusho» does not seem unreasonable to me . Here are the reasons for my approach :

Honestly, I don’t know how a remake of «Yu Yu Hakusho» would turn out or who would have to lead it so that it lived up to the original anime, but what I have clear is that I would see it for the mere nostalgia that awakens in me what was one of the first animes that I followed thanks to the Catalan regional television. In any case, I already tell you that there is no clear clue that goes in the direction of a remake, but at least I see that there is a scenario to raise it .

The story stars Yusuke Urameshi, a high school hooligan who is run over to death while trying to save a child. Apparently, the little boy was not going to die and from the spiritual world they are surprised at his altruism. Botan, a shinigami, leads her to Koenma, son of Enma, the ruler of the spirit world. Since his karma is completely balanced, they can’t send him to heaven and hell at the same time, so Koenma decides to give him a second chance by giving him a certain assignment so that he can get his life back.