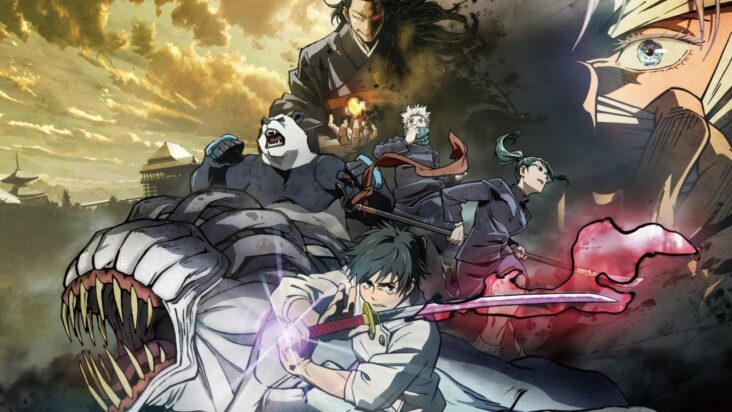 The Japanese portal Kyodo News reported that they are the second best opening figures in the history of Japan, only behind Kimetsu no Yaiba: Mugen Ressha-hen ( 4,623,117,450 yen ). Income was received as follows:

The TOHO distributor reported that 79.9% of the surveyed audience reported that the film was » very good » and another 18.1 mentioned that it was » good «, to 98% satisfaction. They had previously projected that they had reached one million tickets sold on the first day, although official figures revealed that it fell far short of that.

This film premiered on December 24 in theaters in Japan, while this project was announced during the final episode of the series on March 26 and will adapt the prequel to the original manga. Furthermore, Gege Akutami began publishing the manga in Shueisha publisher’s Weekly Shonen Jump magazine in March 2018. The work inspired a twenty-four episode anime series aired in Japan from October 2020 to March 2021.

It should be remembered that the video game for smartphones Jujutsu Kaisen: Phantom Parade will be available soon in the QooApp catalog .

Which anime character are you ?

Yuuta Okkotsu is cursed. Ever since his childhood friend, Rika, died in a car accident, his ghost has stayed with him. But her spirit doesn’t appear like the sweet girl that Yuuta once knew.

Instead, he manifests himself as a monstrous and powerful entity that fiercely protects him. Unable to control Rika’s violent behavior, Yuuta is powerless to stop the bloodshed that follows her brutal revenge. As a result, when captured by the «Jujutsu» sorcerers, the secret guardians of the world, trained to combat forces like Rika, Yuuta wishes to be completely isolated so that no one else can get hurt.

However, his captor, Master Sorcerer Satoru Gojou, has other plans for him: he will enter the Jujutsu High School and learn to control Rika to help people. Now, in his first year at this school, Yuuta begins to learn the arts of Jujutsu and to fight evil beings.

Along with his new companions Maki Zenin, an expert in Jujutsu weapons; Toge Inumaki, a sorcerer who uses his words as weapons; and Panda, a panda who seems to walk and talk, Yuuta begins to find his place in the world and, for once, to get comfortable with his abilities. However, as his training progresses, Yuuta learns that the dangers of the Jujutsu world go far beyond evil spirits.