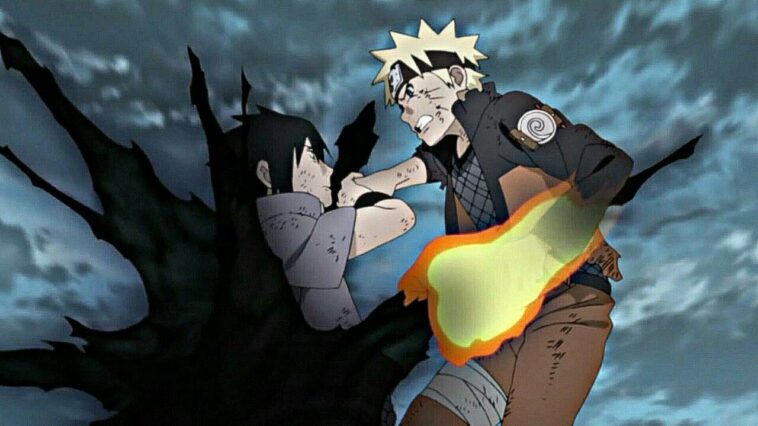 One of the best known friendships and rivalries in anime is that of Naruto and Sasuke . We could say that both blade ninjas serve as the protagonists of the popular franchise created by Masashi Kishimoto . This is because the plot always revolved around both of them.

As often happens in these cases, each fan has his favorite between Naruto and Sasuke . Of course we couldn’t miss the opportunity to join the conversation and here we bring you our opinion. Which of these ninjas is better for us and why? In a few paragraphs you will know.

Who is the strongest Hokage in Naruto Shippuden?

In power levels, Naruto and Sasuke are about the same

Let’s start with one of the easiest points of comparison, power levels. In this regard, Naruto and Sasuke are relatively on the same level. This was shown several times throughout the anime and manga, due to their clashes. In them we could glimpse what they were capable of.

Of the five times they faced each other, Sasuke won twice and the winner was left undefined twice. However, in his last fight, Naruto was the one who was ‘crowned’ as the champion, but not by much. Although this is used as an argument in favor of the seventh hokage when it comes to who is the most powerful.

Also, in the continuation of the story in Boruto , we saw how Naruto and Sasuke joined forces against Jigen . This gave us one of the best fights in the history of the entire franchise, with both fighting at their full potential. However, again the one who resisted the longest was the young Uzumaki .

Both are very adept fighters and each with their respective techniques. But it seems like Naruto will always be the one to come out on top, perhaps because of the power of the script. Because of this, the answer could be obvious when we ask who is stronger of the two? Therefore, we decided to take into account another aspect.

In terms of character development it changes the tune

Since Naruto and Sasuke are the protagonists of this saga, we spend a lot of time with them. Throughout the original and Shippuden we got to know more about this pair of ninjas. However, in our opinion Sasuke is the one who had a more interesting and changing arc. Despite the similarities between the two.

The two are orphans from the Leaf Village and are among its mightiest warriors. Naruto was left alone, after the death of his parents and the fact that he has Kurama inside of him. Sasuke has a much more complex history that involved the death of his clan at the hands of his own brother.

Naruto always remained the typical Shonen protagonist . A good-natured boy who wins the friendship of others and overcomes almost all adversities with the support of his friends. Sasuke went from being a member of Team 7 to becoming a villain at times. All to finally have a redemption that led him to have a family with Sakura and return to the Leaf Village.

If we look at Naruto and Sasuke while taking their history into account, then we see a clear difference. We don’t know if this was Kishimoto ‘s intention , but the young Uchiha is a rounder and more interesting character than the protagonist, at least for us.

Who is the final winner between Naruto and Sasuke

Even though Naruto may have many advantages for being the protagonist of the series, we think Sasuke is the best character overall. His power level is similar to that of the 7th Hokage and he was able to stand against some of the strongest villains in the series. He even had a crucial role in beating some.

What makes it overlap is its interesting story that could really be considered a roller coaster ride. Not to mention that his personality is also quite remarkable and we got to see more of him. Naruto is a bit monotonous, but Sasuke ‘s story let us see him in various states ranging from compassion, pain, and revenge, to eventual redemption of himself.

Also, we consider Sasuke to be a character that more people can empathize with. For him the world is not only black and white, but he sees the gray and the complexity of the decisions he makes. Naruto may beat Sasuke in fights, but Sasuke earned the title of best in our hearts. Do you agree?