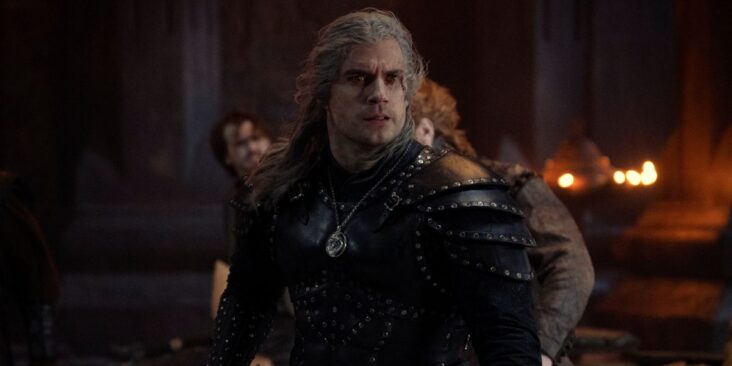 The reason why Henry Cavill has left ‘The Witcher’ only he knows. Well, we suppose that also on Netflix, but of course it is not something that has transpired into the public domain, no matter how many hypotheses are launched about it. The one that gains the most strength is that, far from being an incompatibility of schedule due to putting on the Superman suit again, It is due to the actor’s discontent with the direction of the series, since he himself had declared himself an absolute fan of Andrzej Sapkowski’s work that he adapts. This, until he confirms it, remains in the sphere of conjecture, but there are reasons to think that from the inside out ‘The Witcher’ was not exactly a happy family.

And the problem of production could have its origin in the writers room. This is what Beau DeMayo recently brought to light, who wrote a couple of episodes of the series (one from the first season and another from the second), as well as the script for the animated film ‘The Witcher: The Wolf’s Nightmare ‘. During a question and answer session held on Instagram, DeMayo was asked about how the writing team had been chosen for ‘X-Men 97’, the new Marvel animated series of which he is a part, and he assured that for a project like this «you have to be a fan» from ‘X-Men’. And then came the dart to his previous job.

Crossfire between the writers of ‘The Witcher’

«I’ve been on a series, namely ‘The Witcher,’ where some of the writers weren’t fans or didn’t like the books and games and even actively mocked the source materialDeMayo criticized. “It’s a recipe for disaster and bad confidence. Fandom is the litmus test for egos and makes all the late nights worthwhile. You have to respect the work before you are allowed to add to its legacy.» These words now become relevant for some fans of the series, who would see here perhaps a reason for the departure of their star.

However, they can also just be fruit of the resentment of a fired screenwriter. That is precisely where Matthew D’Ambrosio, script coordinator for the first season of ‘The Witcher’ and screenwriter for the second, later pointed out: «If I were fired through the back door of a job for being abusive both emotionally and like physically, I would probably focus on getting help instead of constantly mentioning my involvement in said work,» he said in a since-deleted tweet. He later added about his team helping «create something we all love with respect, kindness, and collaboration without ego.»

Lauren Hissrich, showrunner of ‘The Witcher’, has not commented on this duel of writers or on the departure of Henry Cavill, but in 2020 he did comment On twitter what for her it was not so important that a screenwriter was a fan of the Sapkowski universe. «When you write an adaptation, are the best writers familiar with that world? Yes. And equally important, no. Let me back up. When you write an adaptation, you have to be familiar with the original work. Yes. Of course. The writers and crew of ‘The Witcher’ had to read all the books and appreciate or enjoy the genre. But I didn’t specifically look for ten Sapkowski scholars.»

Unfaithful adaptation or an actor too nosy?

In the end, what is on the table is the eternal question when it comes to adapting a book or other material in a new format: Is it necessary to be absolutely faithful to the original work or simply take it as a starting point to create something new? It is a question to which, of course, a firm answer cannot be given, since there will be faithful works that are insipid in their translation and others that are very good, and the same in the opposite direction. There is no perfect formula for adaptation. And perhaps the problem with ‘The Witcher’ is a bit of both: it is neither a faithful enough product for Sapkowski fans nor does it manage to create something of its own interesting enough to attract outside viewers. Or if? Because, let’s remember, it is still one of the most watched series on Netflix.

And so we go back to Henry Cavill. The actor has insisted in each interview on how extremely fan he is of the original work and has even stated that if it were for him the series would be even more attached to it. On one occasion, Hissrich counted that he had planned to add some comedy to the death of Geralt’s horse, something that made Cavill feel bad and, in the end, gave him carte blanche to deliver a speech straight from the book. He, for his part, assured in November of last year that he was committed to a plan to do seven seasons «as long as we can continue to tell great stories that honor Sapkowski’s work.»

But, has he gone over the brakes with his fervour? On one occasion, her co-star Freya Allan came to say de Cavill: «It’s like a ‘The Witcher’ bible on set. We’re shooting a scene and he’s like, ‘We should use this line from page 253 of ‘Blood of the Elves.'» This, which could be celebrated due to the great involvement of the interpreter, can also be understood as a pain in the ass for the writers. Because no, an actor is not hired to decide what his character says about him or what direction his plot should take. Now, is it this tension between writers and actor that has motivated his departure? At the moment, we cannot confirm.

If so, it seems that the showrunner would have the support of Netflix (the series is officially renewed for a fourth season with the same script team and the fifth is also being written), while some fans have decided to position themselves with the until now protagonist of fiction: «Netflix: you MUST keep Henry Cavill as The Witcher and replace the writers», reads a petition in Change.org which is already around 50,000 signatures. Will they be able to change the course of this supposed war?

Alvaro Onieva
I was born on Wisteria Lane, I was roommates with Hannah Horvath, and ‘Chicago’ drove me crazy because Roxie Hart is me.